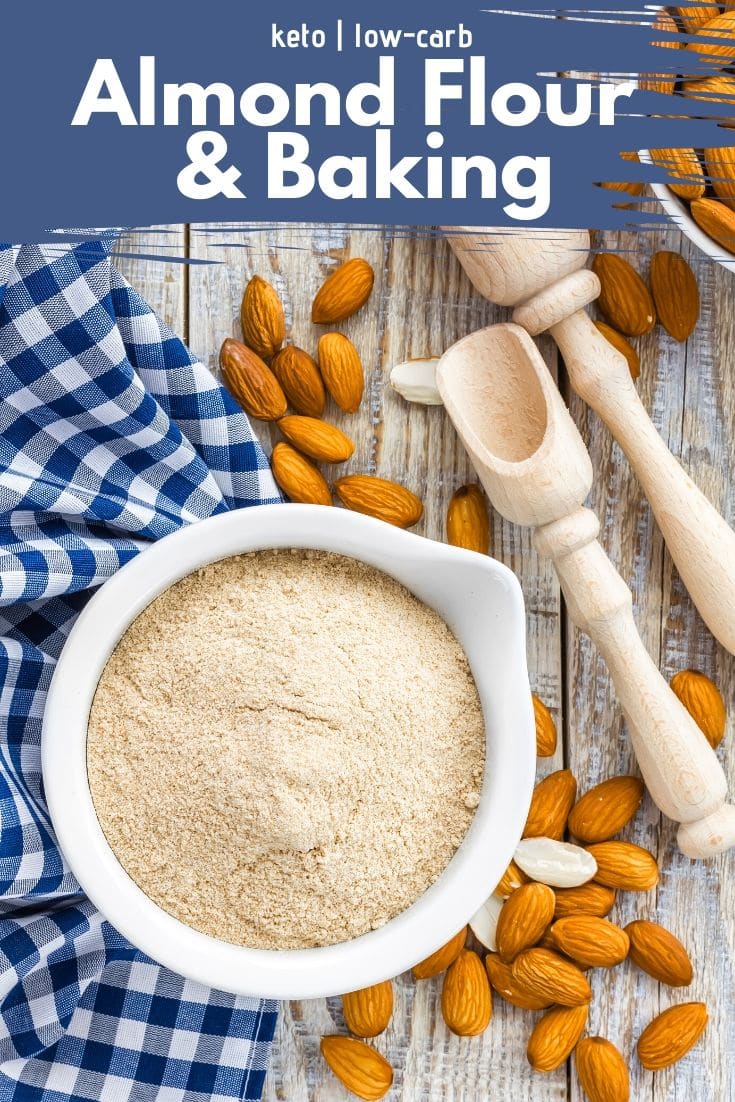 Nut-based flours like almond flour allow anyone following a low carb diet a chance to partake in cakes, cookies, and other normally high-carb sweets and treats.

Both almond meal and flour can take the place of wheat flour in baking. Differences in texture and color exist, but the real variances are in the finished product.

Many recipes and some companies use the two names interchangeably, but they actually shouldn’t. In some recipes, it’s true that it doesn’t matter which one we choose.

Baked goods are where we have noticed the largest difference between almond meal and flour. We prefer flour because it’s finished product is most similar to wheat laden goodies. It might not achieve the same chewy or airy texture that wheat gluten provides, but it is close.

We can buy both types pre-bagged at our local grocery store, or we can make them at home by grinding almonds. The meal requires us to use whole almonds, including their skins. The dark red specks from the skins show in the finished product. The end texture is more like finely chopped nuts than a finer powder.

Flour uses blanched almonds without their skins. After grinding the almonds, we finely sift the product until it resembles a flour-like consistency. Keep in mind that the almond flour will never be as light and airy as wheat flour; this is mostly due to the release of its healthy oils.

As if deciphering the differences in almond flour vs almond meal isn’t hard enough, we have also discovered a third name on supermarket shelves and in recipes – almond powder. FYI, the almond powder is the same as flour.

Desserts are something everyone can eventually miss and crave for on a keto diet. Maybe one needs a keto-friendly cupcake keto recipe for a birthday celebration, or perhaps one requires a suitable non-sweet replacement for something savory, like breadcrumbs.

The low net carb count in almonds makes this nut a suitable replacement for keto desserts. We’ve found that we can swap almond flour for wheat flour in nearly every baked good recipe. This makes it quite convenient as we do not need to keep different flours or additives on hand to achieve similar results to wheat

Why We Prefer Almond-based Flour

Almonds pack a lot of nutrition, and transforming them into flour doesn’t change that fact. Other than almonds’ low carb count, flour made from almonds contains healthy amounts of vitamin E, manganese, magnesium, copper, and phosphorus.

The nutrients in almonds supply our bodies with multiple benefits other than being naturally low in carbs, ranging from antioxidant support to insulin resistance in diabetics and non-diabetics to assisting us in blood sugar control. Almond-based flour might support healthy cholesterol levels as well.

Most of all, we enjoy almond flour because it is versatile in baking and cooking without an overpowering flavor that would alter the finished product, unlike coconut flour.

Almond flour is a highly nutritious replacement for wheat. It’s also probably more nutrient-packed than most of other gluten-free and keto-friendly flours on the market. In addition, we can easily purchase or make our own almond meal or flour at home for our favorite keto desserts and treats.