If you are thinking of how to start a ketogenic diet, you should find the following chapters informational and helpful. Even if you have been keto for a while, you might find some new and useful points in this article. It includes the keto basics: What you need to know about starting a ketogenic diet and living a keto lifestyle.

But first things first: If you have any doubts and/or medical issues, consult a qualified medical doctor before starting a ketogenic diet. Although I do happen to work in the healthcare industry, I am not a medical doctor and therefore do not give out any medical advice. It happens that, although helpful to many, the strict ketogenic approach is not suitable for every single individual. Do see our legal disclaimer for more information. 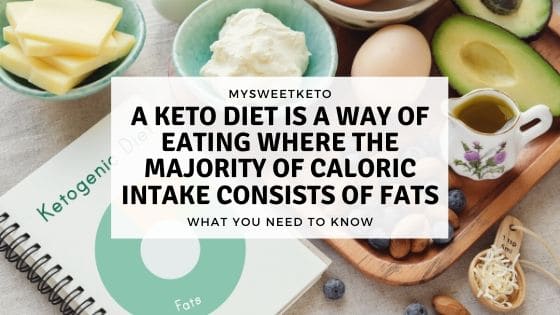 What is a Ketogenic diet?

So, let's jump to blunt basics: A keto diet is a way of eating where the majority of caloric intake consists of fats. While on this diet, one is supposed to make sure that the protein intake is sufficient (but not too high), in order to be provided with amino-acids, essential for basic functioning. The carbohydrate intake is supposed to be minimal (below 50 grams a day), and its source should mostly consist of vegetables. 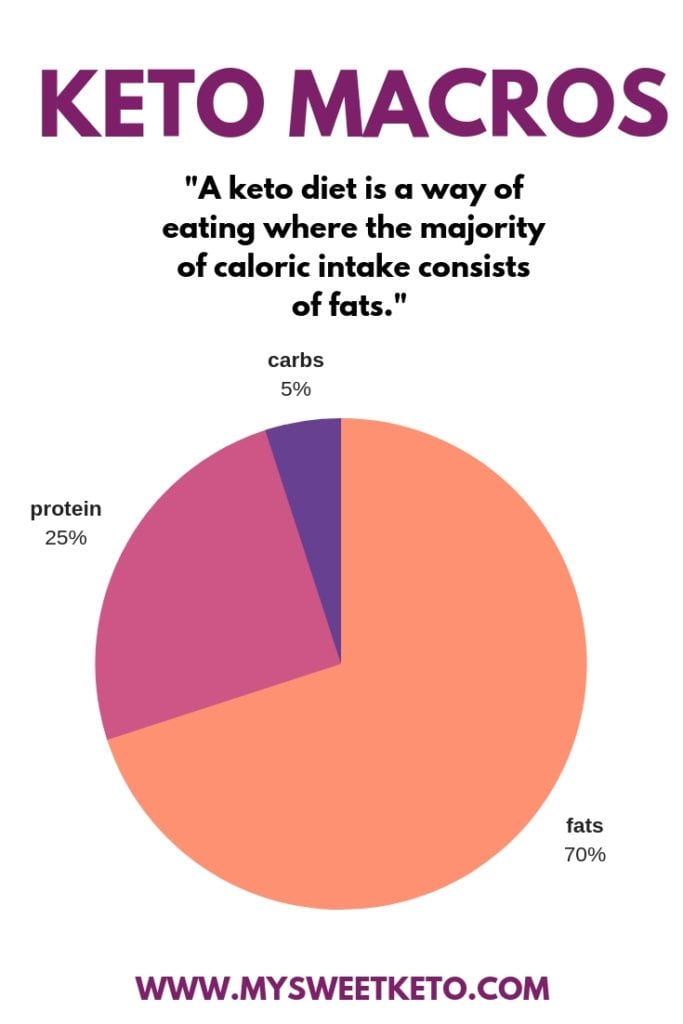 The keto diet shifts the body's as well as the brain's metabolism to ketosis. This state is marked by an increased amount of ketones in the blood. Ketones are formed during fat decomposition, which begins when not enough glucose is available. To simplify, we can say that on a keto diet the body metabolism changes and this change resembles fasting.

The world of nutritional and medical science has been suggesting that the carbohydrate intake is not necessarily essential for functioning, while the protein and fat intake is. We can’t deny that certain cells and tissues need glucose to function properly (e.g., some parts of the central nervous system). At the same time, our bodies are completely capable of adapting to a situation when glucose intake through food is restricted. If the glucose is not available in the form of food, it can be derived from ketones.

It is true that glucose (carbohydrates) is the fastest source of energy. The human body is equipped with excellent mechanisms for regulating blood glucose (with the help of insulin), and using it quickly and efficiently. If it wasn't for the insulin, carbs would lead to too much glucose in the body, which could be toxic. That is why the organism tries to normalize blood glucose levels as quickly as possible. The glucose is thus used for glycogen formation in liver and muscles. It is then either used either as a short-term energy source or is transformed into fat which represents a long-term energy source.

Why consider a Ketogenic diet?

As more and more scientific and individual reports show that a ketogenic diet works incredibly well with many individuals, it has gained its popularity among people who are trying to maintain blood sugar levels and lose body fat.

In short, people usually live keto-lifestyle to get and be healthier. This is why starting a ketogenic diet is worth considering. 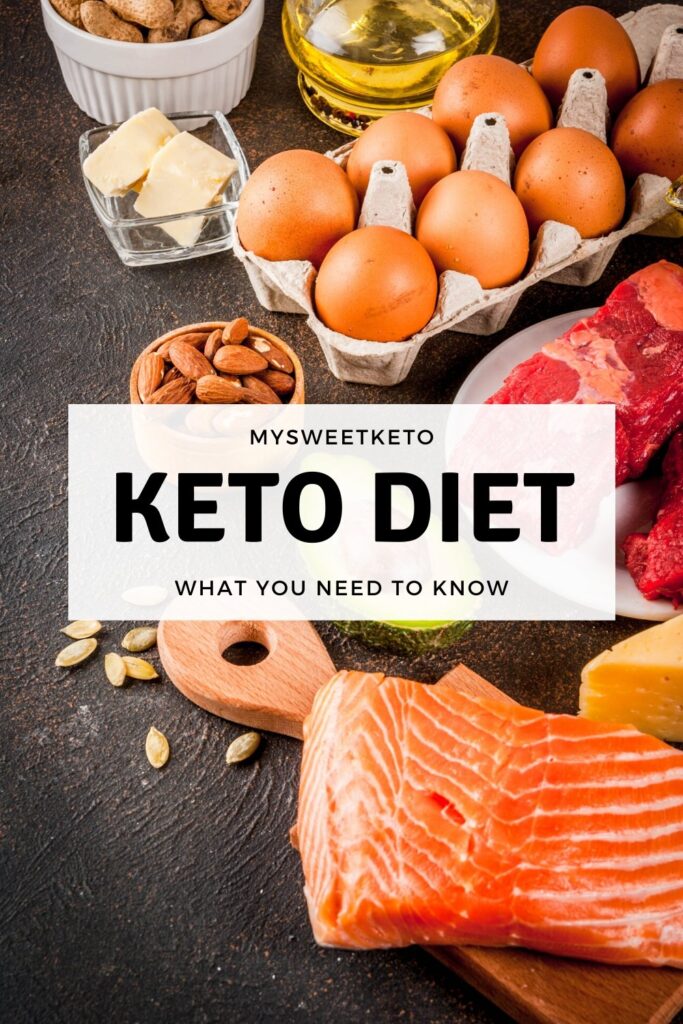 Some benefits of a Ketogenic diet:

At last, but not least, carb cravings can be quite intense for the first couple of weeks, when your body is still in the process of adaptation to life without starch and sugar.

Do not give in; we’re here for you. If you get through the first few weeks, bake yourself a keto treat!

After reading a lot of credible literature on the keto subject, decide on how radical you want to go with the carb cut out when you begin. If you suddenly go from 300 g carbs per day to 20 g per day, you might feel quite miserable for a while.

Vegetables are supposed to be your only carbohydrate source, along with unsaturated and saturated fatty acids. Be aware that the fats can make you feel full with quite some delay, so eat your keto meals slowly. Depending on your body composition and activity level, try to eat enough protein to satisfy your needs (between 70 g and 150 g daily).

Try to avoid sweeteners in when starting a ketogenic diet, since they may prolong the adaptation process and can even be the reason your carb cravings don’t go away. It means you should refrain from trying out our keto recipes in the first few weeks but keep following us and pick out the recipe you find most intriguing. For when the time comes, you’ll deserve a reward!

If you’ve got any serious medical conditions, such as diabetes, poor carbohydrate metabolism, your immune system is weak or are an elderly person, do start this diet very gradually and under the strict supervision of a medical doctor. 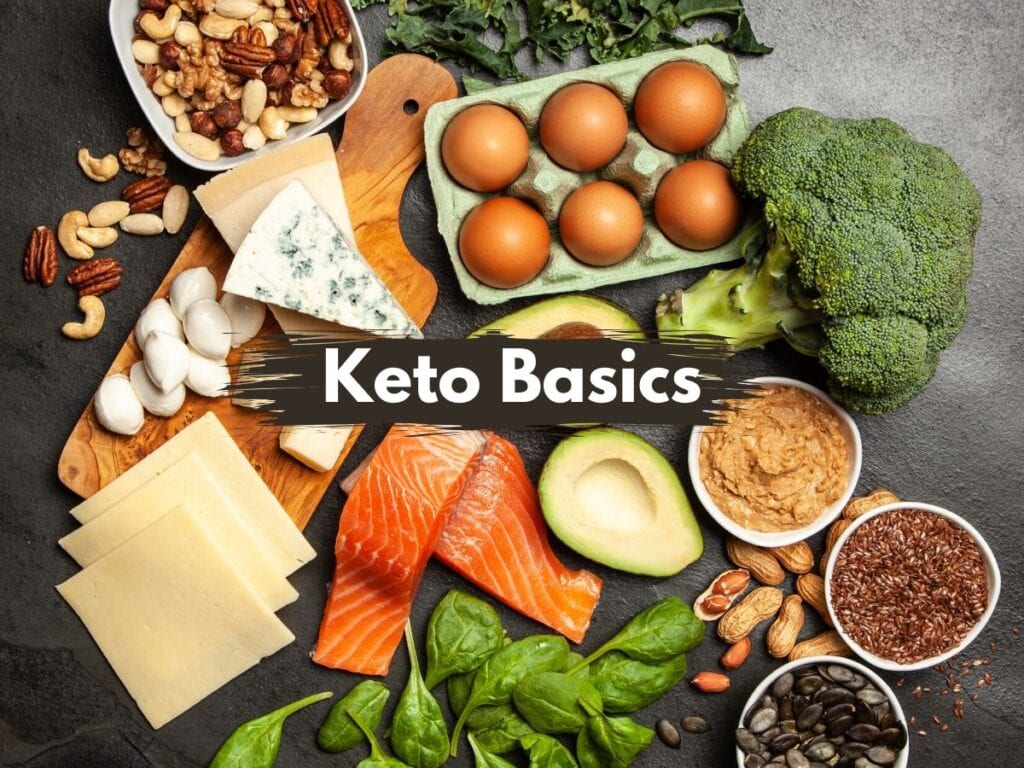 So, what’s on the menu for tomorrow? Starting a ketogenic diet or not, I suggest eggs and avocado, fried in coconut oil for breakfast, and a wild salmon fillet, grilled and soaked in virgin olive oil for lunch. Add some rosemary and green veggies. And dessert? That's easy if you ask us, just click here and find your favorite one. 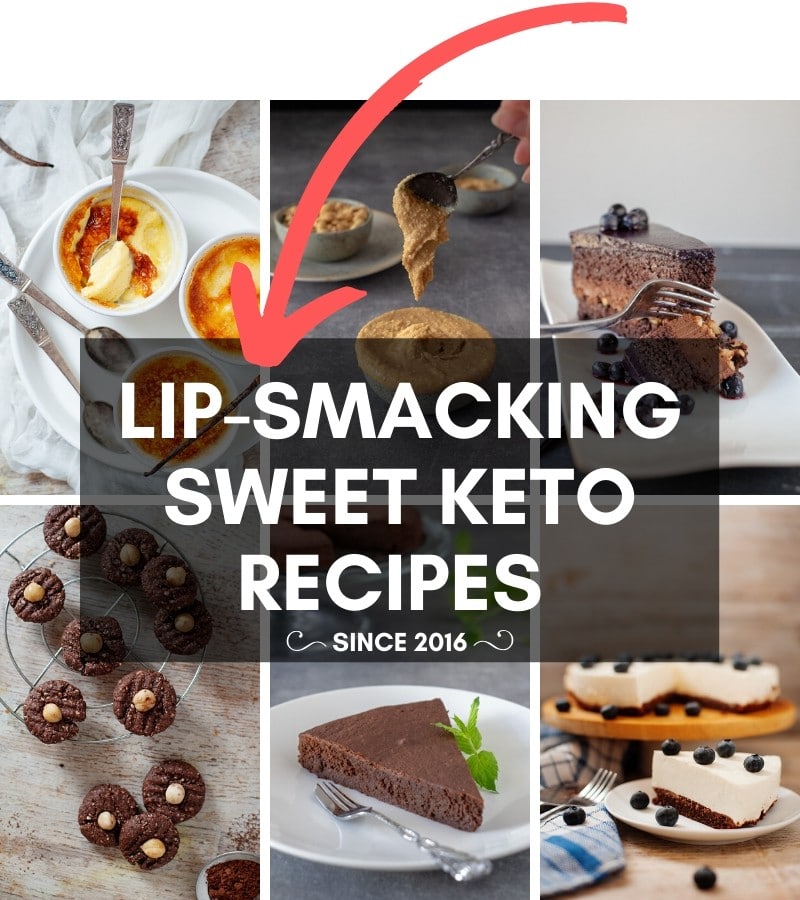 Tisa has an MSc degree in Psychology, is a Ph.D. candidate in Neuroscience, and a passionate cook. Determined to sweeten up peoples' lives with lip-smacking keto and low-carb recipes. More about me →